Whether you run a small boutique or a multinational chain of stores, keeping abreast of key retail statistics should be an important part of your business.

Thanks to advanced technologies that provide us with increasingly sophisticated ways to collect and analyze data, we’re able to amass more retail stats than ever before to drive our stores toward greater success. However, if we want to survive in a competitive marketplace, it’s also important to know what’s going on in the world at large so we can set realistic retail benchmarks.

In this article, we will focus on recent retail stats from the United States and what they mean for specific industries. From holiday retail statistics to the rise of e-commerce and even worldwide retail benchmarks, we’ll share with you all the facts and figures you need to know to make the right choices for your business.

Click here to discover how a people counting solution like Dor can help you understand your foot traffic data and how to utilize it to make more profitable business decisions.

According to the U.S. Department of Commerce, the U.S. retail industry grew by 4.7% year-over-year from January 2019 to January 2020, based on seasonally adjusted estimates from the U.S. Census Bureau’s February 2020 Advance Monthly Sales for Retail Trade and Food Services report.

This 4.7% growth in retail sales exceeded the previous year’s growth figure of 3.7% based on preliminary results from 2019, according to a February 2020 press release by the National Retail Federation (NRF).

It should be noted that, from January to February 2020, overall sales in the U.S. retail industry dropped 0.5%, with retail sales falling for just about every category, according to the Census Bureau. This downturn reflects the industry’s largest decline since December 2018’s 1.2% drop. This was also the second time U.S. retail sales fell in the past six months, following a 0.3% drop in September 2019.

While it is too soon to estimate the impact of the coronavirus pandemic on the retail industry’s 2020 outlook (this article was published on March 25th), it is clear that previous retail projections for the year will have to be revised to account for this unexpected worldwide event.

Conducted by Prosper Insights & Analytics, the NRF’s Annual Halloween Spending Survey estimated that Halloween spending would reach $8.8 billion in 2019, which is lower than the 2018 estimate of $9.0 billion. Similarly, celebrants indicated plans to spend an average of $86.27, slightly lower than the previous year’s $86.79.

Retail research from the past two years has revealed that survey respondents are quite consistent with their Halloween purchasing decisions: 95% of them planned to purchase candy (reflecting estimated spending of $2.6 billion), 72% decorations ($2.7 billion), and 67% costumes ($3.2 billion).

The 2019 survey also indicated that 42% of respondents intended to do their Halloween shopping at a discount store, while 36% planned to visit a specialty Halloween or costume store.

According to the NRF’s 2018 In-Store Holiday Shopping Survey conducted by Natural Insight, 49% of shoppers said their top stressor was not finding presents that fit within their budget. Perhaps this explains the popularity of sales events such as Black Friday: While many respondents rated this day as a bad shopping experience—which makes sense given that 65% of respondents rated crowded stores as a main cause of stress during holiday shopping—20% of respondents still said they planned to do most of their holiday shopping on Black Friday to take advantage of retail holiday sales.

Similarly, responses to the NRF’s 2019 Annual November Holiday Consumer Survey conducted by Prosper Insights & Analytics indicated that Black Friday was the most popular shopping day over the Thanksgiving weekend, with 114.6 million consumers (69% of respondents) planning to do their shopping on Black Friday, followed by 68.7 million (42% of respondents) seeking online deals on Cyber Monday.

Indeed, the NRF’s 2019 Annual Thanksgiving Weekend Consumer Survey, also conducted by Prosper Insights & Analytics, found that 189.6 million consumers in the U.S. shopped between Thanksgiving Day and Cyber Monday in 2019, reflecting an increase of 14% over the 165.8 million people who shopped in 2018. NRF’s retail research indicates that, of these, 124 million shopped in-store, 142.2 million went online, and 75.7 million did both.

The retail report also found that shoppers spent an average of $361.90 at retail holiday sales over the five-day period, up 16% from last year, with 71% (or $257.33 on average) spent specifically on gifts.

According to the NRF’s 2018 In-Store Holiday Shopping Survey, 88% of respondents said they intended to shop in-store for the holiday season, citing their desire to “browse and find new gift ideas” as the number one reason for preferring to visit a physical store. A third of the respondents also said they enjoy the holiday decorations that accompany retail holiday sales, so it’s a good idea for retailers to equip their stores with festive décor during this time.

Retail research also provided insights regarding when consumers prefer to hit up retail holiday sales: 47% of respondents said they would do their holiday shopping before December, while 44% said they would do it in early December. This makes sense when you consider that 25% of respondents rated shopping as their top stress factor over the holidays.

Indeed, the NRF’s Annual November Holiday Consumer Survey, conducted the following year by Prosper Insights & Analytics, found that more than half of the consumers surveyed—56%—had already begun their holiday shopping early in November, purchasing 24% of the items on their list, a record in the history of the survey.

In 2019, online spending accounted for $601.75 billion, or 16% of total retail sales, according to Digital Commerce 360’s analysis of U.S. Census Bureau statistics. This 16% jump was the biggest in the survey’s history since it began tracking e-commerce spending in 2000.

According to the NRF’s 2019 Annual October Holiday Consumer Survey, more than half of shoppers (56%) intended to shop online for the holidays, with 92% planning to take advantage of free shipping, compared to 48% who planned to use "buy online, pick up in-store" or similar services. The retail report also found that same-day delivery was the shipment method of choice for 16% of the respondents, doubling the figure from 2015.

Indeed, e-commerce did prove to be king during the 2019 holiday season, as eMarketer’s U.S. Holiday 2019 Review reported that Cyber Monday broke a record for online spending, jumping 19.7% to reach $9.4 billion. The success of Cyber Monday only narrowly beat out Black Friday, which jumped 19.6% to reach $7.4 billion in spending.

According to a January 2020 press release by the NRF, online and other non-store sales grew by 14.6% compared to the 2018 holiday season, reaching $167.8 billion in total.

The Digital Commerce 360 retail report also revealed that e-commerce accounted for an impressive 56.9% of all gains in the retail market in 2019, making it the third year in the history of U.S. retail that the year-over-year gains for online spending exceeded those for in-store.

According to eMarketer, e-commerce also beat out brick-and-mortar sales in terms of growth during the 2019 holiday season, with the former growing 13.2% to reach $137.55 billion while sales via physical stores grew at a more modest rate of 2.4% to reach $869.40 billion.

The retail research by Digital Commerce 360 revealed that $141.25 billion in Amazon’s 2019 sales came from online stores, reflecting an increase of 14.8% over 2018. By contrast, sales through the retailer’s physical stores such as Whole Foods and Amazon Go were down 0.2%, although they still managed to generate $17.19 billion for the retail giant.

As the prevalence of Amazon—as well as features like Amazon Prime and 1-day shipping—inevitably shifts customers toward a more digital shopping experience, physical stores are struggling to keep up.

Mirroring the continued decline of sales figures at U.S. department stores, brands like Macy’s are feeling the brunt of Amazon’s unrivaled growth, Investopedia reported. Macy’s experienced a gradual drop in stock prices long before it had to shutter its stores due to the coronavirus pandemic—and it wasn’t the only one. After Amazon announced in mid-2018 that it would acquire online pharmacy PillPack, shares of pharmacy chains such as Walgreens, CVS, and Rite-Aid plummeted.

This isn’t all to say the future is doomed by Amazon, of course. Brick-and-mortar stores looking to compete in the marketplace must instead look to Amazon’s meteoric rise and see what they can learn from it.

As shopping on the whole becomes more digital, it’s vital for these stores to begin using data to understand their customers and continue to evolve in an ever-changing marketplace.

Hi there! If you liked this post, please feel free to share it on social media to help us reach out to more retailers like you. You can also leave a comment below and let us know if you have any questions! 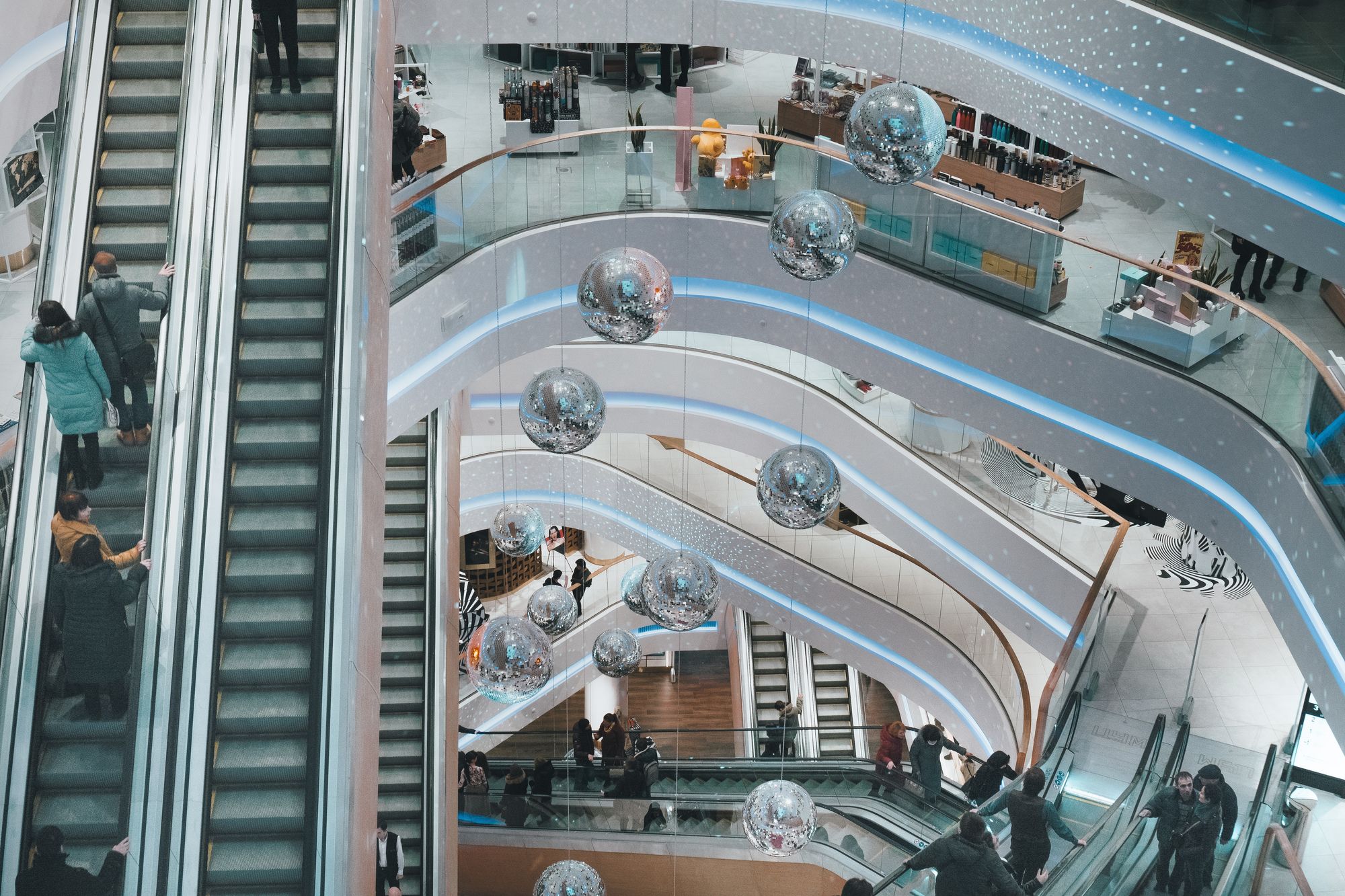 Top Retail Trends and Predictions That Will Shape 2022 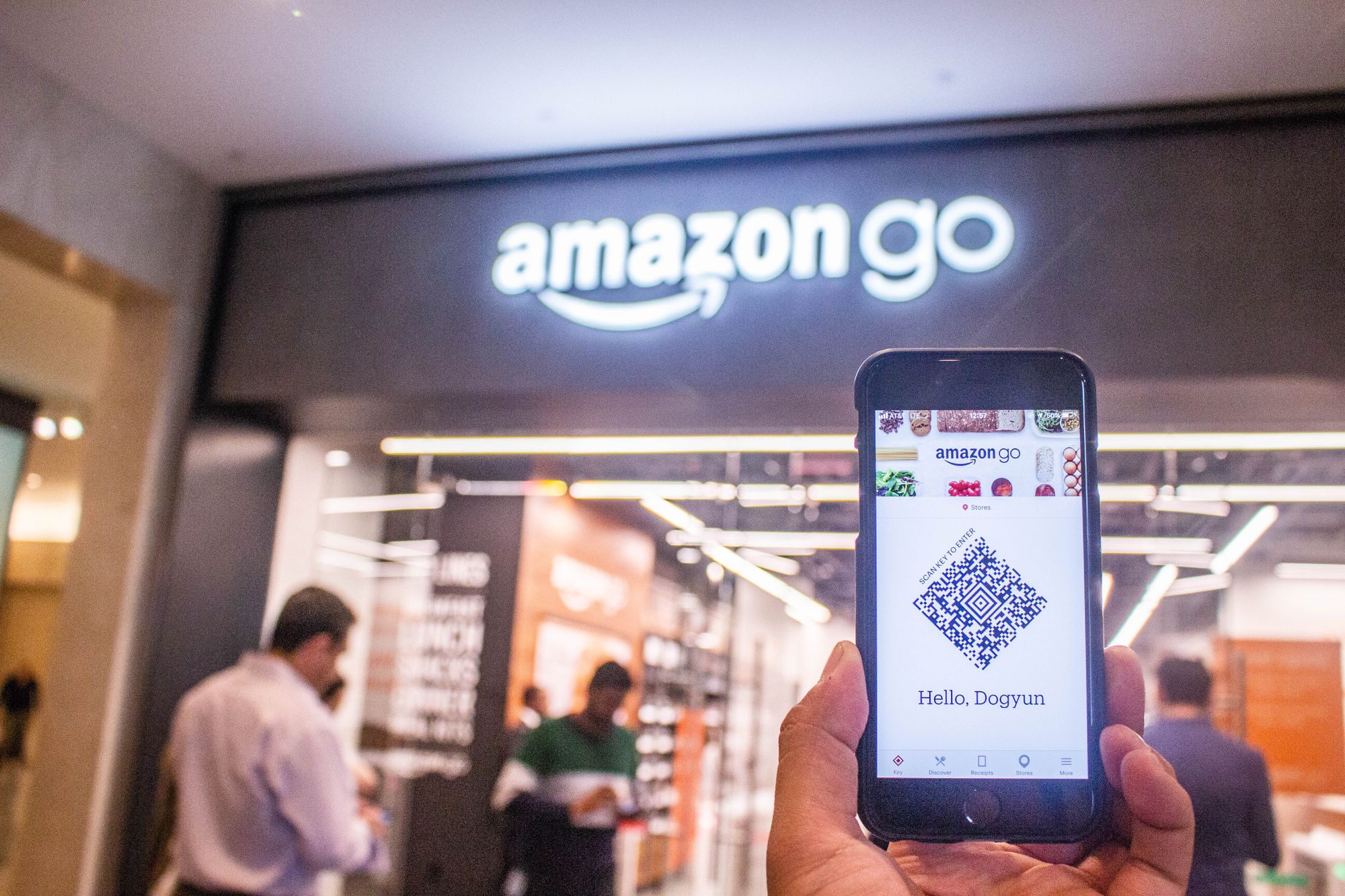 Self-Serve in Retail: Everything You Need to Know 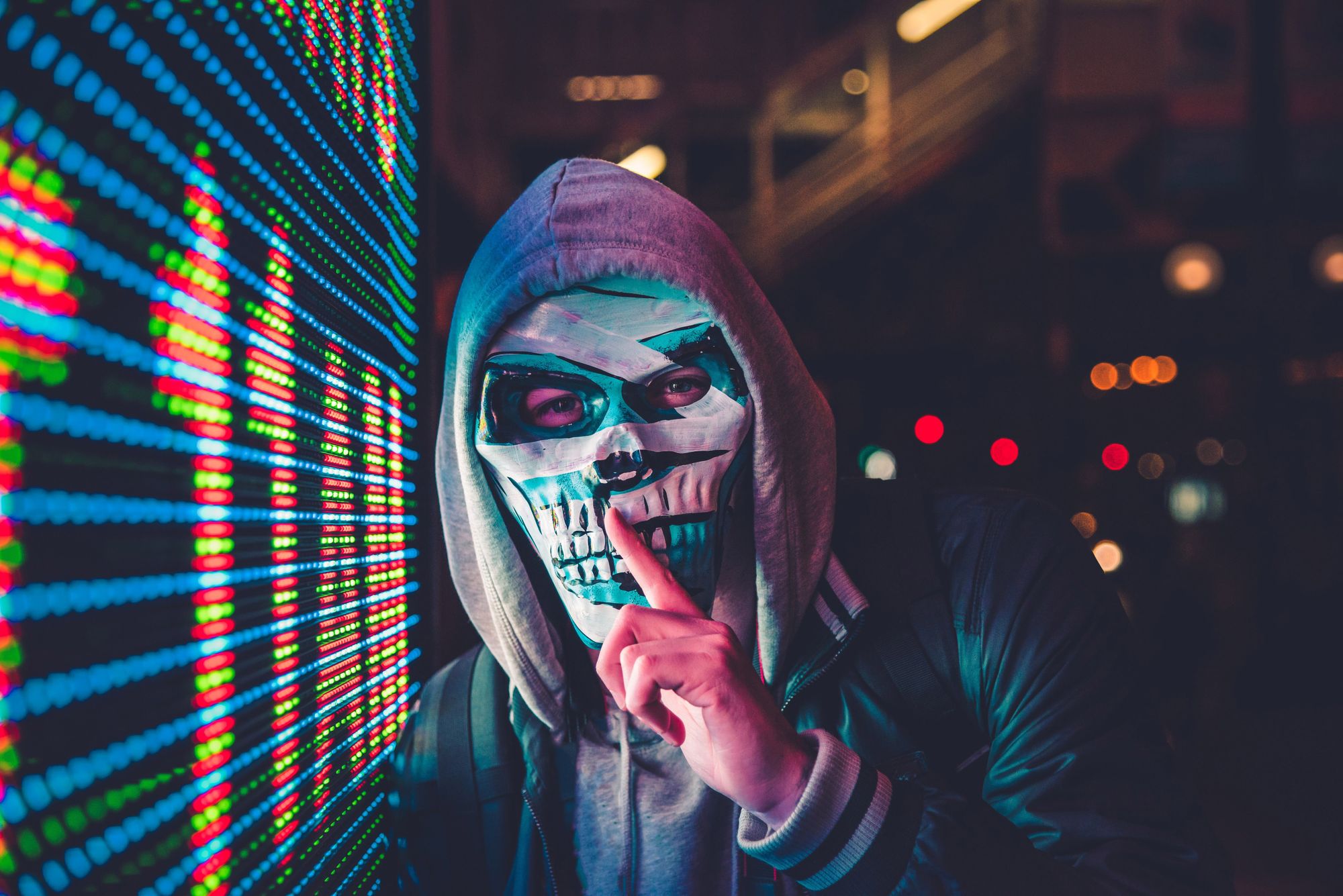 12 Pro Tips for Retailers to Protect Themselves from Hackers 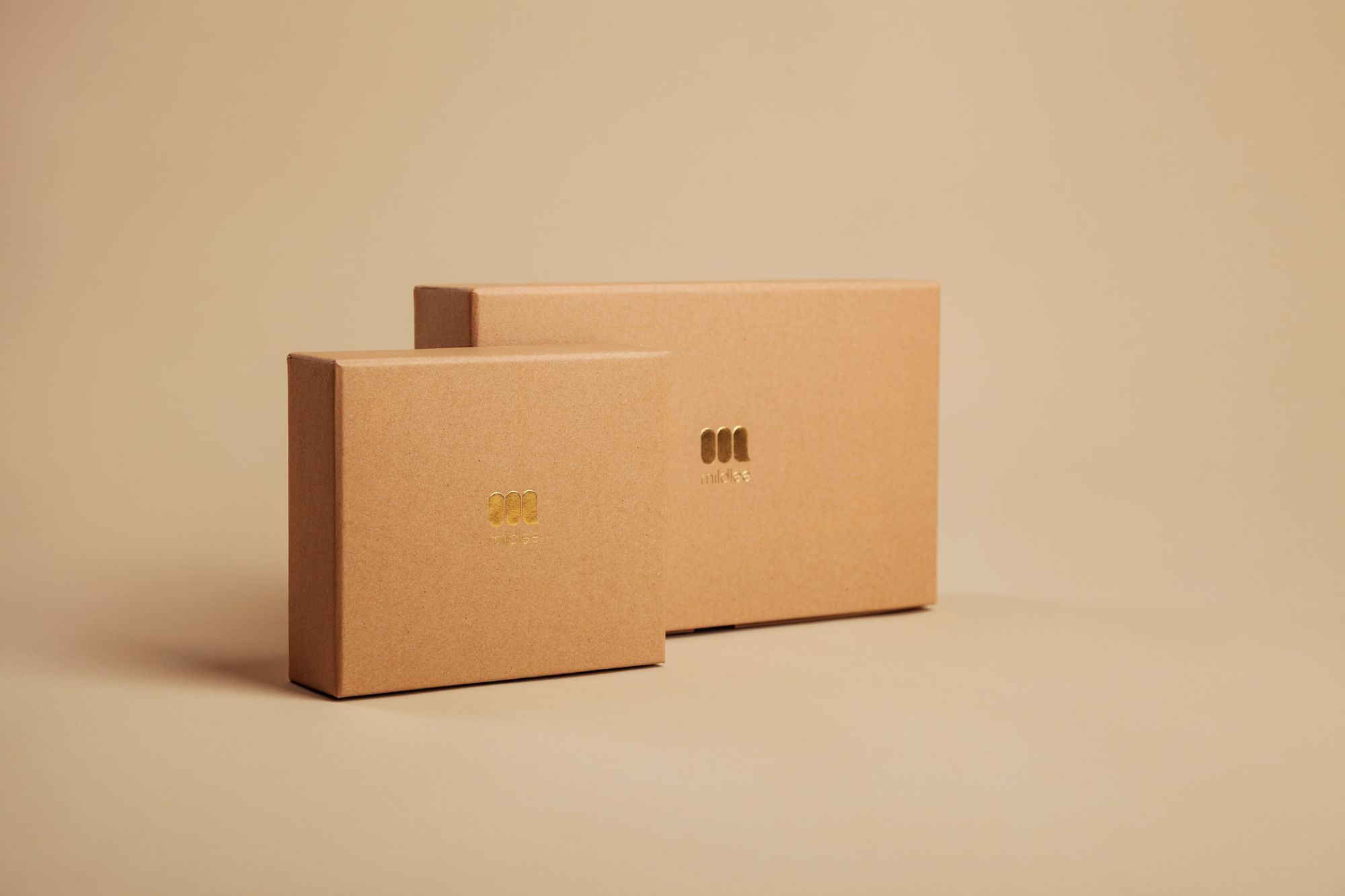 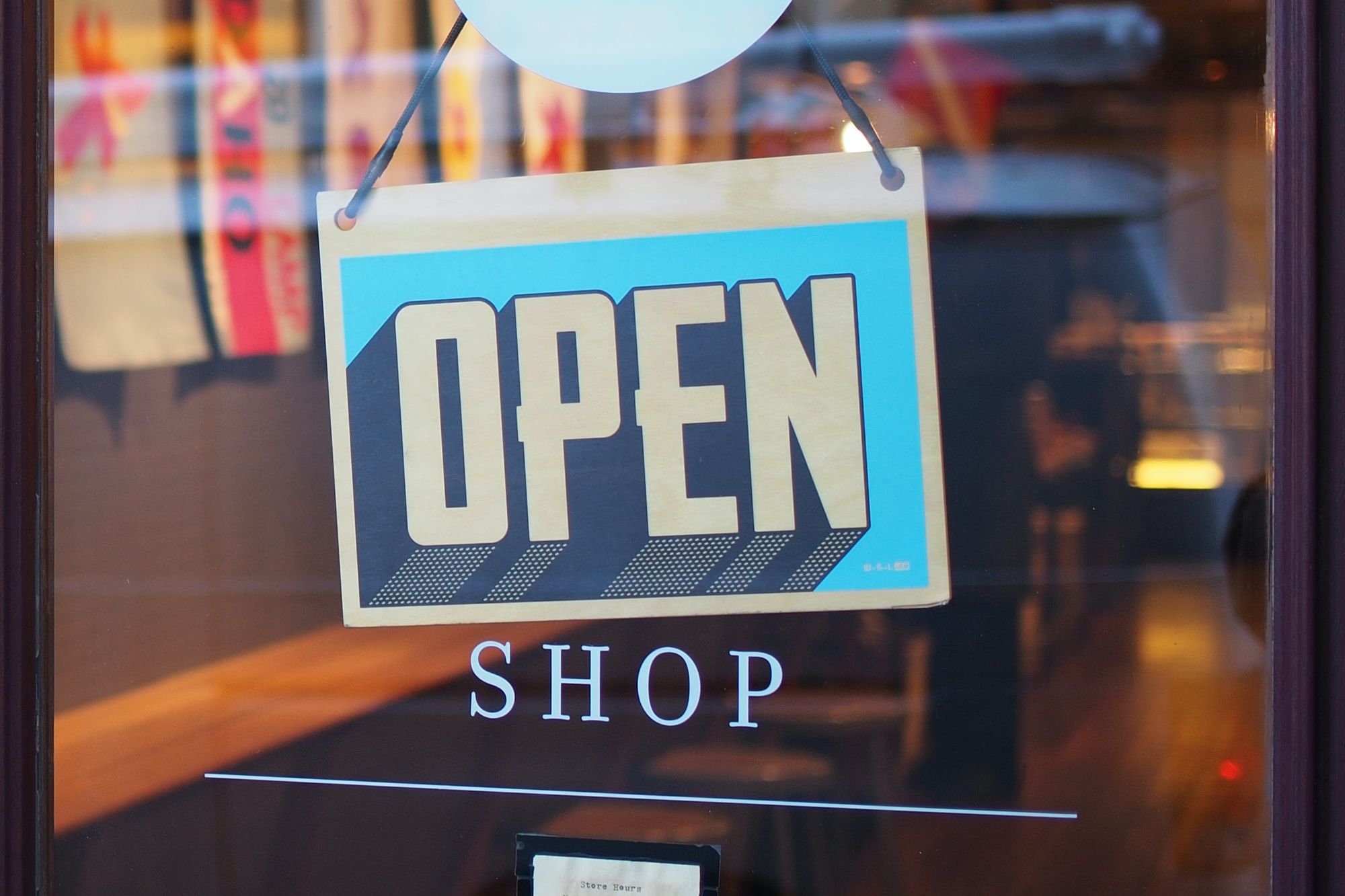 25 Things No One Told You About Starting a Retail Business 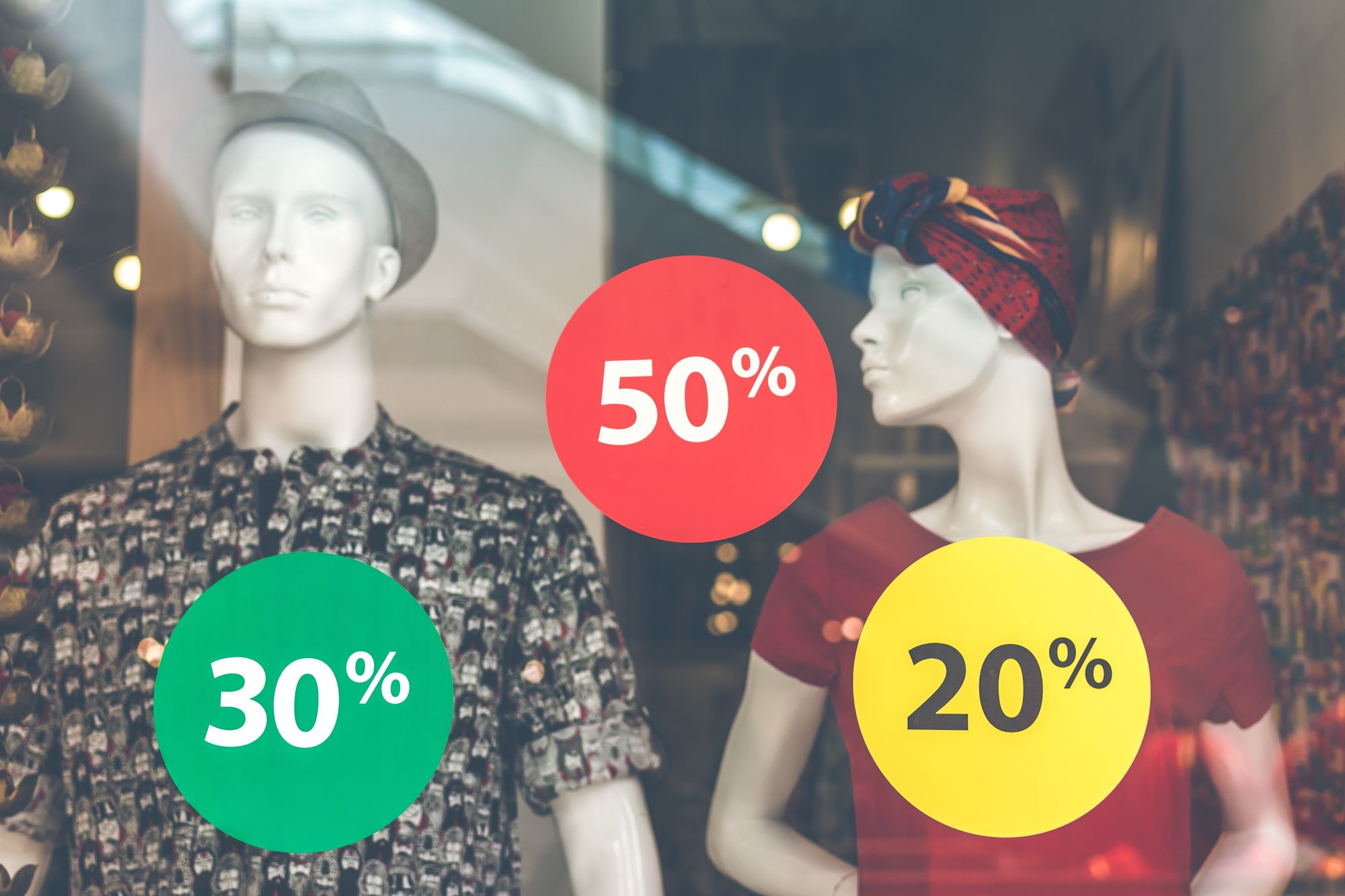 Retail Markdown: What to Know and How to Implement 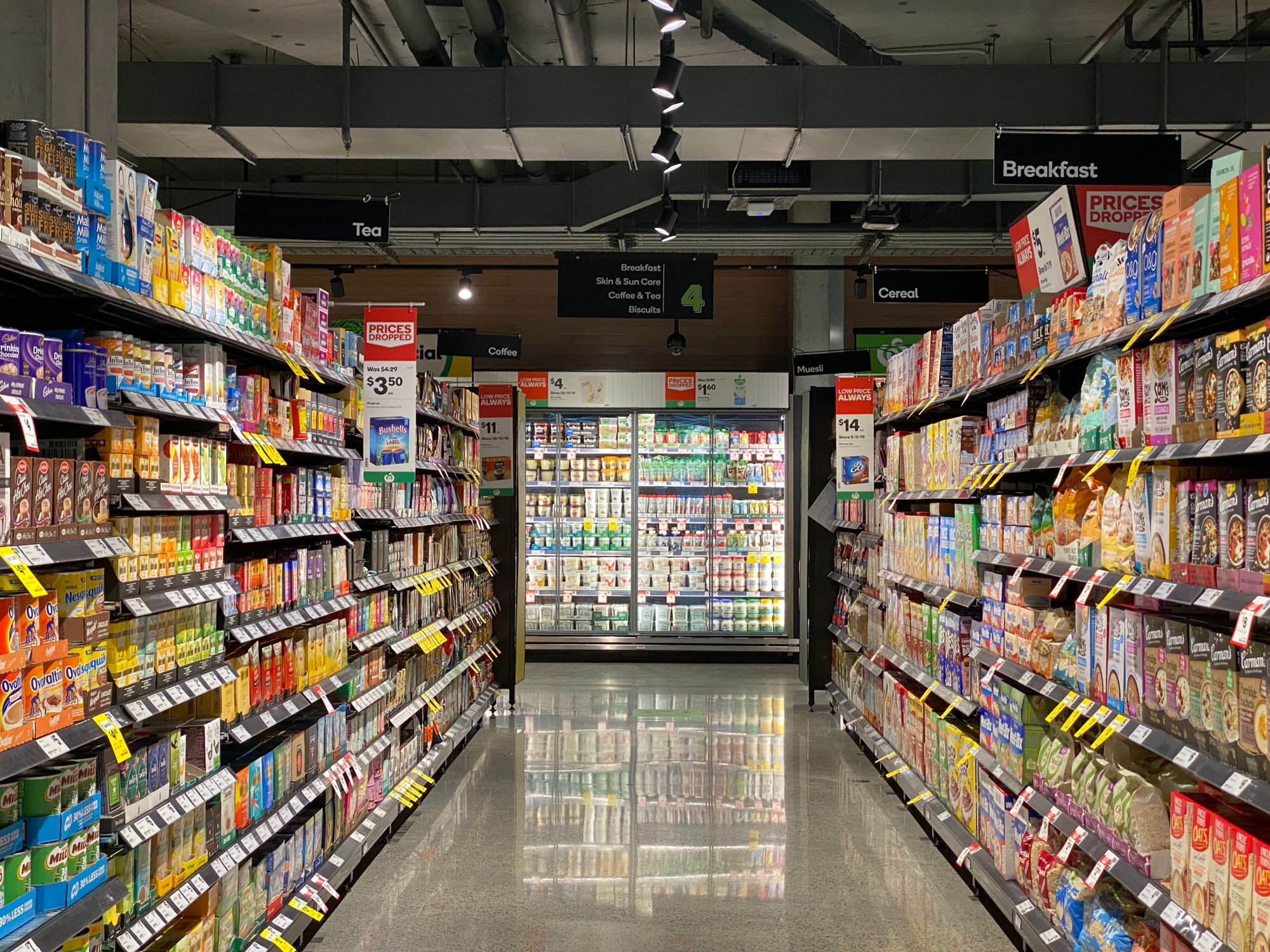 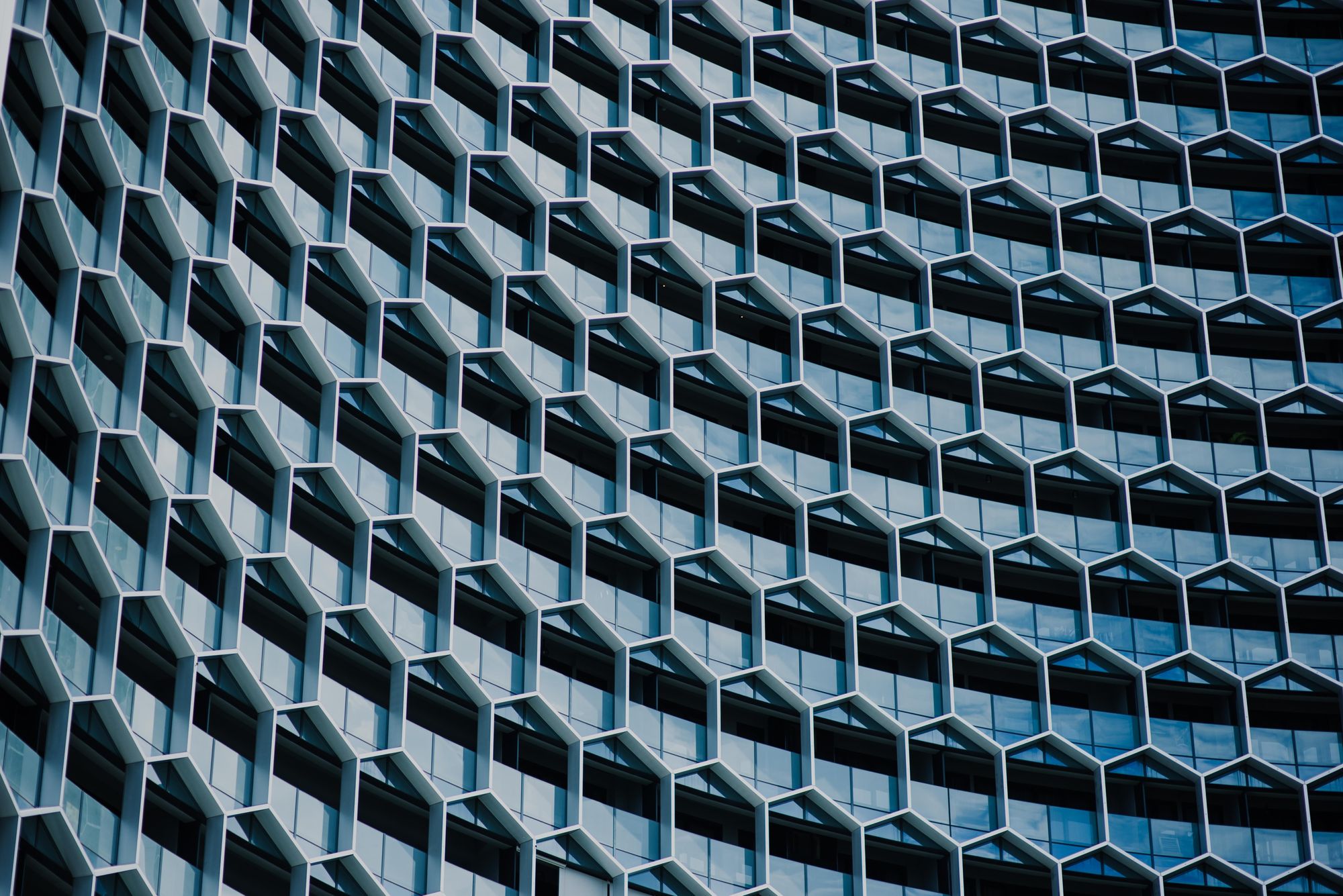 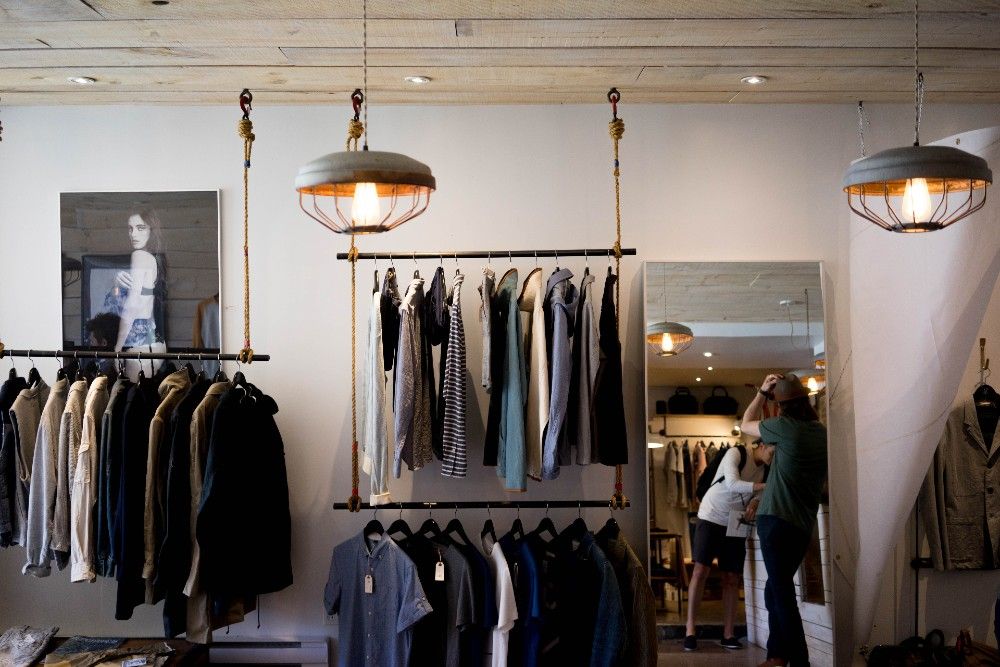 Private Labeling in Retail: How It Works, Pros and Cons 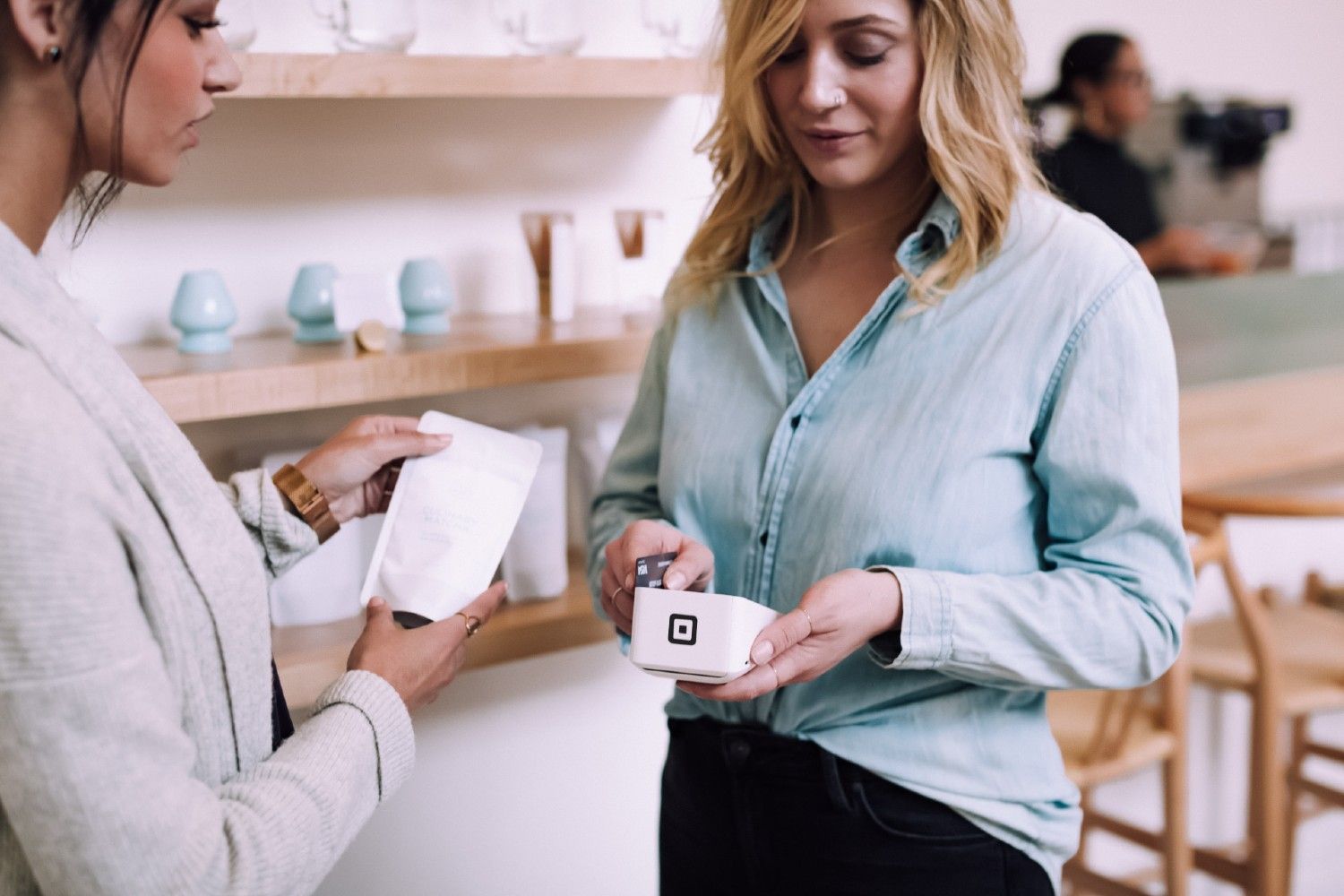 Why Store Managers Play a Crucial Role in Retail