This is a guest post brought to you by Bharath Yadla from the Workato blog.

What’s the biggest problem facing retailers? Depends on who you ask.

Some will point to the rise of direct-to-consumer e-commerce operations like Allbirds. Others will say it’s the death of the traditional shopping mall. Yet others will blame changing demographics and the rise of millennials as a consumer base.
But the truth is that while these are all pressing concerns, they’re all symptomatic of a larger problem.

The data gap: Why don't retailers have the information they need when they want it?

It’s somewhat of an open secret that retailers — especially those that are primarily bricks-and-mortar — have struggled to collect the data they need to guide decision-making in real time. Something as simple as foot traffic data can be difficult for these retailers to capture. On the other hand, their e-commerce counterparts have harnessed massive amounts of sophisticated data (like site traffic, campaign ROI and search volume) to personalize experiences, optimize pricing, track inventory and more.

Dor was born out of the need for traditional retailers to address this data gap by providing better visibility into how many people visit a store and how well that traffic converts. Until recently, this was data that many retailers just didn’t have affordably and accurately.

The same is true for almost every data point you can imagine as valuable to a retailer. Conversion rates? Impossible to calculate without accurate foot traffic counts. Average customer satisfaction? Not likely. How long a customer wanders the aisles before someone offers to help them? Forget it.

This lack of data means that traditional retailers still functionally make many decisions in the dark. A recent UNC study, for example, found that retailers are under- or over-staffed 86 percent of the time. Think about that for a moment: More than four times out of five, a store doesn’t have the optimal number of staff on hand. In a world where Siri can tell you exactly when you need to leave for work to beat the traffic, it’s almost unbelievable.

But a dearth of data doesn’t just make it difficult to make everyday choices, like how many people you need on staff at a given time; it also complicates much larger decisions, like where to open a new store. In a world where consumers have more choices than ever about where to shop, these decisions are much more high-stakes. A poor strategic move can set you back and damage revenue — which is why data should be the number one concern for every retailer.

Getting enough data, however, is just the first step. The truth is that your data is only as good as the systems (and people) you have in place for processing it and making decisions efficiently.

For retailers with multiple physical locations, the first challenge is often simply rolling datasets like location-specific data, SKU propensity data and store traffic data up into a central data warehouse. Often, these locations have completely siloed systems that don’t play well with others; the only way to roll up data is to export it into a spreadsheet or CSV and then manually merge it with files from other locations. This task often falls to district and regional managers — whose time would be better spent on other things.

But even if retailers can get all of their data in one place, they’re faced with an even larger problem: what do they, you know, do with it?

In order to make this data truly useful, you have to:

These objectives are complicated, however, by the fact that traditional retail tech is often pretty dated and difficult to work with unless you know exactly what you’re doing. So is the data that comes out of these systems — think spreadsheets or CSV files full of raw data.

So what’s a retailer to do?

To answer that question, you have to look outside the retail sector.

For businesses in other industries, the problem of data integration has received a lot of attention in the past twenty years. As the SaaS revolution continues to unfold (the average enterprise uses almost 2,000 apps, according to McAfee’s Cloud Adoption and Risk Report), moving data around across multiple apps and departments also continues to get easier.

Today, most companies have some sort of integration tool, usually in an integration platform-as-a-service (iPaaS) form. iPaaS makes it simpler for businesses to deploy integrations at scale by removing the need to custom code and maintain every single integration. And with the advent of intelligent automation — which combines rules-based workflow automation with cognitive technologies like AI and machine learning — companies can take processes that were once heavily or entirely manual and make them more lightweight, agile and faster.

Retailers are starting to catch on to how intelligent automation and integration can help them push the boundaries of what their data can do.

Take the world’s largest retailer, for example: Faced with increased competition, they wanted to make sure they’re offering competitive salaries. Using the Workato platform, they created an automated workflow where a webscraping tool collects retail job postings found online. The contents of these postings are then pushed into their HR app, which generates a competitive wage analysis.

Alternatively, an employee can snap a photo of a physical job listing and text it in. Workato uses Google Vision Cloud, a type of AI engine, to “read” the image before putting the contents into the HR app.

It’s a great example of how intelligent automation and integration can not only help retailers collect key data but make it available to decision-makers quickly. In this case, the HR team has more accurate information on competitors’ job listings—and they have real-time, useful reports.

Another example is Canada’s primary luxury department store. In order to help refine their high-end shopping experience, the store asks customers to complete a survey after each visit. The survey allows each client to rate the service, expertise and demeanor of the staff member who assisted them during their visit.

As it is for many retailers, this raw survey data was difficult for the company to digest. They needed to move the data into a central HR app so that managers could easily see how well their employees were performing, identify trends and gaps in service, and keep accurate records for legal purposes.

The solution? An automated workflow that pushes survey results into the HR app and associates them with the correct employee’s profile based on their employee identifier. The workflow then leverages IBM Watson to parse the customer’s feedback. If there’s an especially poor review, a manager is automatically flagged via Slack or email so that the issue can be resolved as quickly as possible.

With tools like Dor, which are easy to connect to via API, it’s even possible to make staffing decisions based on real-time traffic data. Let’s say a store located close to a local commuter rail station suddenly experiences a spike in foot traffic. Once identified by Dor data collection and analytics, the district manager could be automatically notified via a chat tool like Slack about the increase in traffic and can deploy two additional associates from a nearby store to help with the influx of customers.

A wealth of data to mine

Thanks to advances in technology, retailers have an abundance of data to work with if they can roll it up and distribute it successfully. But working with data isn’t an insurmountable challenge; plenty of retailers have designed creative, automated solutions that help them make the most of their data without creating extra work. That’s a big reason for optimism: If the world’s largest retailer can harness the power of data, so can you!

Bharath Yadla is Vice President of Workato, the operating system for today’s fast-moving business. Recognized as a leader by Gartner and Forrester, it is the only intelligent automation platform that enables both business and IT to integrate their apps and automate even the most mission-critical workflows without compromising security and governance. Workato is trusted by over 4000 of the world’s top brands and fastest growing innovators. Read more at blog.workato.com. 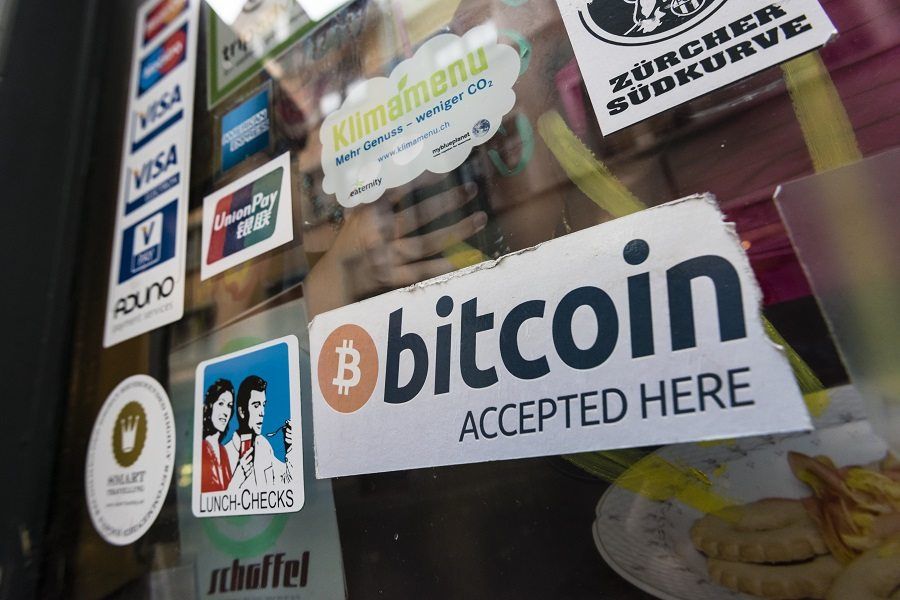 10 Retailers That Accept Bitcoin As a Form of Payment