Gregg Golembeski didn't know his electronics tinkering as a kid would eventually lead to a stint at Apple and then a leap into starting his own company. Now serving as Dor's co-founder and CTO, Gregg shares what drove him to solve foot traffic counting from an engineer's perspective and how he got here in the first place. To read more about Dor co-founder and CEO Michael Brand, click here. 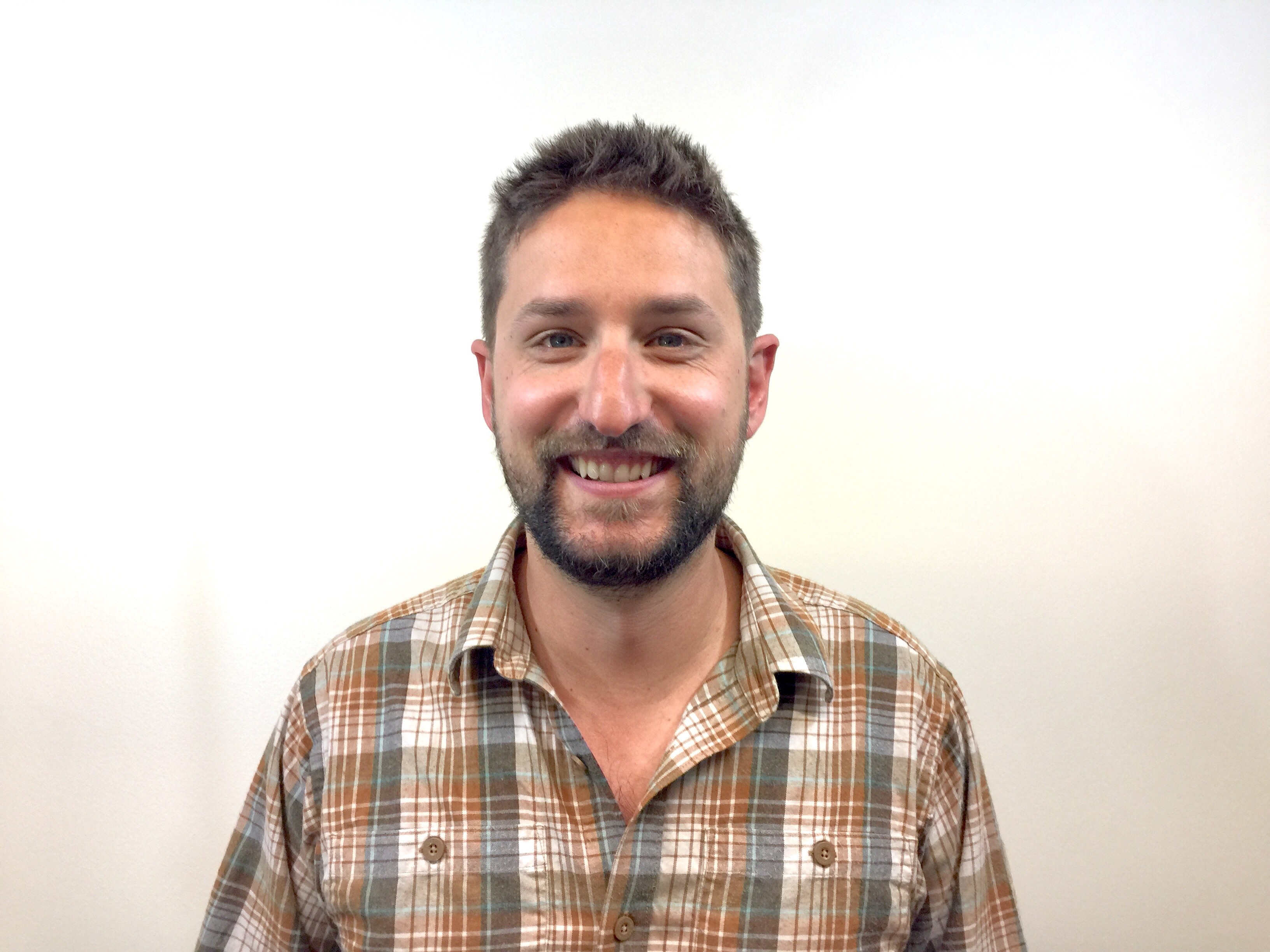 Dor: Gregg, where did your love of hardware begin?

Gregg: I had my own "company" when I was 14 years old where I would build and fix computers. I just wanted to fiddle with things. That got me into tinkering with electronics. My dad sells electronics, and would come home with these parts bins, and I would just dig in and go to town. Electronics were my Legos.

What kind of parts? Are we talking a dissected Walkman?

Well, I would take things apart, much to my parents’ chagrin -- things I wasn’t supposed to take apart. Any electronic toy they ever gave me would just end up in pieces and never get put back together. I just wanted to see how everything worked. In school, I remember in 3rd or 4th grade we were just getting computers connected to the internet. Other teachers would come into my classroom to take me out of class to help them fix their computers, saying, “The IT guys aren’t around.”

So then that disassembling spirit carried over into college, I guess?

I went to RIT. I never liked school. It was always a means to an end. I just wanted to work. In my sophomore year, Apple came to RIT. I was the quintessential Apple fanboy at the time. They had really just started their resurgence, and I loved the work there, so I thought I might as well try to apply. I didn’t think they’d be interested in me at all, but I got a callback that night.

If you bought an iPod or iPhone around 2009 and you plugged it into an accessory, you were likely using something I had worked on.

And how old were you?

Nineteen. I skipped the last trimester of my sophomore year to work for the iPod accessory protocol team. So, any time you would plug your iPod into a car, and the controls on your car would control your iPod, or the same thing with an iHome dock -- that was the software I was working on. If you bought an iPod or iPhone around 2009 and you plugged it into an accessory, you were likely using something I had worked on. I went back to that group for internships, and as soon as I graduated in 2010, I drove out there to start a full-time job. I worked for Apple for five years.

It was kind of surreal. I didn’t think they’d give me real work, and they did. The iPod team at the time was stellar. That was the team that basically formed Nest. The founding team at Nest are all people I used to work with.

That makes sense if you think about what Dor does, which is people-sensing software. So, you’re at Apple for five years and you work for AirPlay eventually?

I worked on third-party AirPlay. Sony or Panasonic wanted to make speakers that were compatible with AirPlay, so I did the part where I made it compatible with those devices. Then my manager changed up his role, so I had to go find a new home. A friend came to me with an opportunity to join this wireless special projects group where we worked on Apple HomeKit.

I was helping with the architecture of it -- I didn’t write an ounce of code, which was intentional. I like thinking about complex systems, but I’m not that good at building it. There are people who run circles around me when it comes to writing code -- my brain doesn’t work at that level. I’m good at putting the big puzzle pieces together.

The nickname they gave me, for better or worse [laughs] -- maybe for worse -- was "The Grenade". I’d come into meetings where a team thought they had figured everything out, and I’d come in and poke all these holes in the concept from a system level which is where I was comfortable. It was a fantastic learning experience.

Moving up at Apple, Gregg got to connect with companies who wanted to partner with Apple and inspired him to seek new opportunities where he could be in leadership. When a friend approached him with an opportunity where he’d be a key engineering hire at a new company, he jumped at the chance to build a software team from scratch. Then as the company rapidly evolved, Gregg was recruited by coworker Michael Brand to do weekend work shopping his idea for Dor. When Dor took off, Gregg left with Michael and their colleagues Joseph and Mike to start Dor full-time.

So, you’re not working in the retail world as this is all developing, and you don’t have a retail background. Why did foot traffic counting intrigue you as an engineering problem to be solved?

Michael wanted to collect foot traffic numbers everywhere knowing that this data was valuable. That’s kind of where we started, but it seemed too nebulous - so we honed in on stores. We were totally naive that this market even existed. When you walk into stores, you don’t see these things, right? Even in the few stores that have an analytics solution, you don’t realize that they’re counting people.

We started looking into the whole industry and were like, “Geez, that’s expensive.” We started talking to store owners who were like, “We know we need to do this, we just can’t afford it.” That’s when it clicked for me, where we could be selling this to small retailers, but we’ll also be amassing data that retail stores can use to improve other retail stores, or to potentially have a treasure trove of data. Obviously, not selling someone’s data to someone else -- understanding what they can do better, what works most, inform their business, all that data we’re getting crowdsourced.

You would call someone crazy if they started an e-commerce store without Google Analytics. If they didn't know how many people were visiting their online store, you’d call them nuts, right?

Who were the retailers that made this problem come alive to you, and when did it click for you that Dor could scale beyond a handful of store locations?

We were focused on small retail businesses, and set up prototypes in Amour Vert in Hayes Valley, San Francisco and the Museum of the African Diaspora’s gift shop. I think the thing that got me, made me leave my job was that you would call someone crazy if they started an e-commerce store without Google Analytics. If they didn't know how many people were visiting their online store, you’d call them nuts, right? Every single one of these retail stores are not doing that, and that just made it completely obvious.

Our original marketing concepts were focused on superhero store owners who needed real-time insights throughout their day. We realized quickly that small businesses are hard to sell to, and there was a middle market -- not WalMart and Home Depot, who are comfortable with our competitor’s prices, but retailers like Gamestop. It was more of a crime of opportunity to get to those retailers without alienating those smaller businesses.

We worked so fast and so lean for so long that it defined our engineering culture. I’m super proud of how scrappy we were and how quickly we could iterate.

Tell me a bit about the team.

When Michael and I first starting working together, I was concerned that we weren’t going to work well together, because we’re so different -- it still shows -- but we have this mutual respect thing where we find the medium ground, which is usually where the answer lies anyway.

What’s the thing you’re proudest about with your work at Dor?

We worked so fast and so lean for so long that it defined our engineering culture. From concept to deployment of our first fully working prototype was three months. Cellular, back end, UI -- three months, with a group of four people. And that was just super cool, how you could get this proof of concept running so quickly. And then we got it to production, selling to stores, for less than $700,000 of investment, which is kind of unheard of in the hardware world. Usually you’re doing well if you’ve only spent a few million to get to that point, especially in the Valley. I took a 70 percent pay cut just to get by.

Getting that investment from Bolt and working at the Pier with Autodesk, we could have an idea in the morning, 3-D print it in the afternoon, and by the end of the day we could know if it worked or not. That kind of turnaround was unheard of. I’m super proud of how scrappy we were and how quickly we could iterate.